Lynette Johnson became executive director of SoSA on January 1, 2017. Johnson has been with the Society of St. Andrew since 2010. 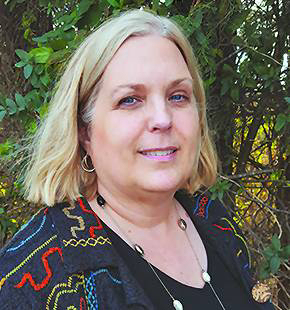 Her first assignment with the organization took her to Nashville, where she served as Regional Director for Tennessee and Alabama. She extended SoSA’s gleaning network into Tennessee and oversaw day-to-day operations in both states, putting 14 million servings of nourishing produce on the tables of Alabamians and Tennesseans at risk for hunger in just three years. In 2013, she was called to SoSA’s national headquarters as the organization’s Director of Church Relations. In this role, she worked with congregations throughout the country, promoting the Society of St. Andrew’s ministry, resources, and giving and volunteer opportunities.

Prior to joining the Society of St. Andrew staff, Lynette enjoyed an 18-year first career as a church educator and supply pastor, and an eight-year second career as a magazine editor and art director. She is a Certified Christian Educator and Ruling Elder in the Presbyterian Church (USA).

Lynette grew up in Huntsville, Alabama, one of five children in a NASA family. She holds a B.A. in Religion from the College of William & Mary (1982) and an M.A. in Christian Education from Scarritt Graduate School (1986). Lynette has three children: Jake Patterson, a law student in California; Emma Patterson, a wildland firefighter with the USDA Forest Service; and Will Patterson, serving on active duty in the US Army. She has made her home in Buena Vista, Virginia since 1997.

Some Highlights of Society of St. Andrew Food Recovery and Distribution During March 2021 ...

by Kathy Roberts* Sanctification has always been an intimidating word to me. But as I learned more about its meaning, it fel...

By Jean Blish Siers * I’ve had two very different topics rattling around in my brain this week: endangered species, and ...

Some Highlights of Society of St. Andrew Food Recovery and Distribution During February 2021 ...

by Molly Veydovec * Childhood hunger is very real.  No Kid Hungry® reports that over 11 million people in t...

Some Highlights of Society of St. Andrew Food Recovery and Distribution During January 2021 ...