History – More Than 42 Years of Ministry 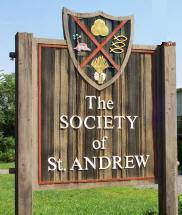 In the Spring of 1978, Reverend Ken and Jean Horne, Reverend Ray and Marian Buchanan, and Reverend Jeff and Susan Allen, and their families, began praying daily for God’s guidance in beginning a shared ministry. Out of this period of intentional prayer, a plan for an intentional Christian community dedicated to helping resolve the problem of world hunger was developed.

This plan was presented to Bishop Kenneth Goodson of the Virginia Annual Conference of The United Methodist Church in the Spring of 1979. Bishop Goodson appointed Ken and Ray to a “special appointment beyond the local church” so they could found The Society of St. Andrew in Big Island, Virginia.

Learn about SoSA’s History and Mission

On June 8, 1979, Ken and Jean Horne and Ray and Marian Buchanan, and their five children, moved into a farmhouse in Bedford County, Virginia. Their goal was to live in Christian community in order to model a lifestyle of Christian responsibility.

In 2018, Marian Kelly described this part of SoSA’s history for a staff meeting: 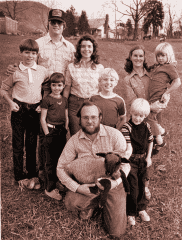 From 1979 to 1982, the Horne and Buchanan families shared all things in common as they modeled a simple lifestyle that rejected consumerism. They grew their own vegetables and raised sheep, chickens, and rabbits. At the same time, Ray and Ken led workshops on responsible lifestyles and hunger issues.

By October 1982, the two families had learned that the “simple lifestyle” was not so simple. Growing children made for very cramped quarters, so the Hornes moved from the farm to a home in Bedford, Virginia. While Ken and Ray continued to lead workshops, they began to consider taking regular church appointments again. However, at a hunger awareness workshop they led at Franktown United Methodist Church on the Eastern Shore of Virginia, a farmer named Butch Nottingham questioned Ken and Ray about the facts they presented regarding food waste. From the discussion that followed, the Potato and Produce Project was born. On June 3, 1983, George Wooten of W. E. Bailey Produce, Chadbourn NC, donated a tractor-trailer load of sweet potatoes to the Society of St. Andrew. This first load of salvaged sweet potatoes was delivered to the Central Virginia Food Bank in Richmond.

One month later, on July 3, 1983, Ray Buchanan spoke at the Church of the Covenant in Lynchburg, Virginia. Here, you can listen to him describe how and why this distribution of food began. (Audio runs 6:31) 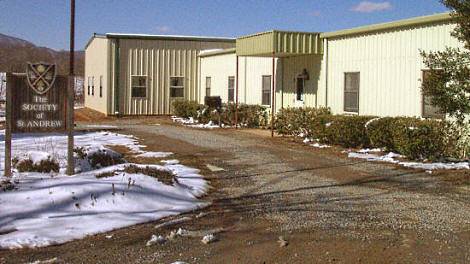 This is the current SoSA main building, in Big Island, Virginia. It is about 100 yards from the original sheep shed office.

Since that first load in 1983, the Society of St. Andrew Potato and Produce Project has distributed well over 800 million pounds of food to America’s hungry. Originally, the ministry operated out of a converted sheep shed on the farm in Big Island. A new building was constructed in 1990 to house the growing ministry. Also in 1990, as an offshoot of the Potato and Produce Project, The Society of St. Andrew began the Seed Potato Project to offer a hand-up to impoverished communities who wish to grow their own produce.

In 1985, the Society of St. Andrew launched Harvest of Hope, a gleaning and study camp for youth. The first event was held at Camp Occahannock-on-the-Bay, on Virginia’s Eastern Shore, and was led by Rev. Rhonda VanDyke Colby. A major component of Harvest of Hope is field gleaning. As more and more people became exposed to gleaning, they wanted to introduce it to their own churches. As a result, the Gleaning Network was established in Virginia in 1988. Since then, gleaning has expanded dramatically.

Beginning in 1992, the Society of St. Andrew has expanded into other states in the form of regional offices and gleaning ministries.