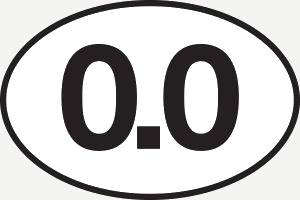 Nonprofits such as Society of St. Andrew measure success differently from the rest of the world. We live in a world where profits and clicks and “likes” drive everything from advertising to hiring to salaries. But that’s not the way our ministry works.

The other day, I was chatting with Keith, the head of an agency that receives produce from us. It’s that time of year when I’m checking in, making sure everyone is on-board when the zucchini and corn and watermelon start rolling in as summer begins.

I asked if he had seen a decline in the numbers he serves, since, statistically, food insecurity declined slightly in the past year. He said he hadn’t. He told me that not long ago he’d been talking to someone about what he does, and how many more people he has fed each year the agency opened. The man asked him, “What number are you trying to hit? What’s your goal?” Keith said, “I told him my goal was zero. I won’t be happy until no one needs to come get food from me each week.”

Society of St. Andrew works the same way. Of course, we track how many pounds we save and distribute, and how many servings of food that translates to. The more people we are able to feed, the happier we are. And every pound food that doesn’t go into a landfill or get plowed under is a victory.

But our goal is to live in a world where food doesn’t go to waste and no one is hungry. Since 40% of food in the United States goes to waste, and between 15% and 20% of people are food insecure, agencies such as Society of St. Andrew, and the ministries we serve, have a grim sort of job security.

In Matthew 26:7, Jesus told his followers, “For you always have the poor with you, and you can show kindness to them whenever you wish …” I hear a lot of people interpret that to mean that there will always be poor people and there’s nothing we can do. I think Jesus is telling us to be with the poor. We are called to be in relationship with those in need, to bring them food if they hunger, and to share our clothing if they are cold. They are truly with us and we are with them, and if people are poor and hungry in our communities, our communities suffer. We all suffer.

This summer I’ll work as hard as I can to save as much food as I can and get it as deep into the communities I serve as I can. And I know that the agencies and families who receive the food will stretch it as far as it will go. But none of us will be happy until everyone is fed.