Best If Not Wasted 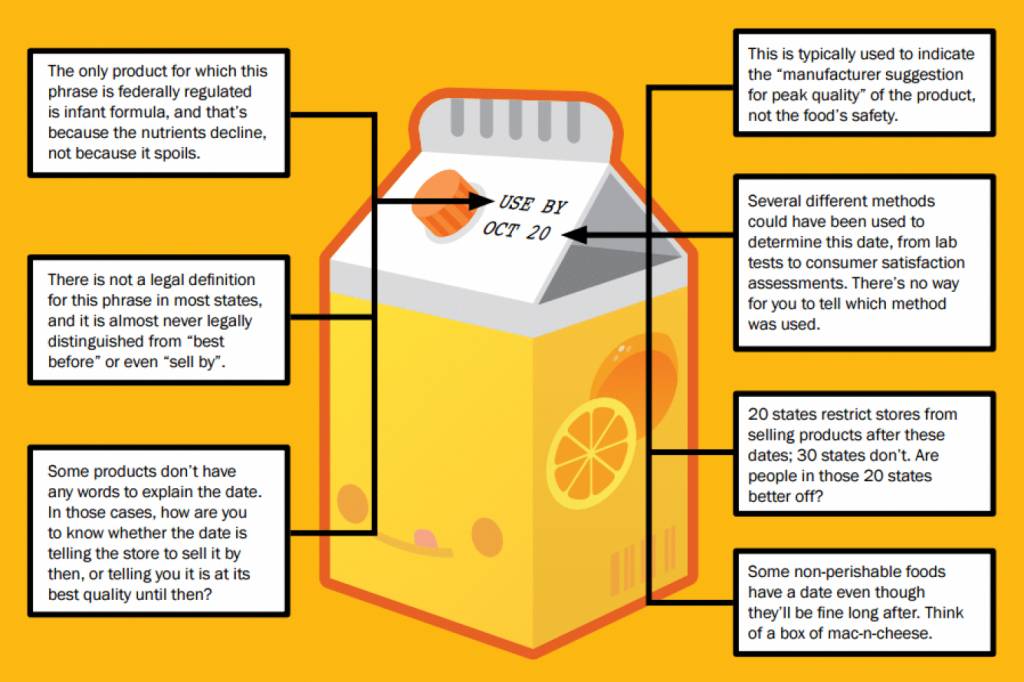 Click on this graphic to see a larger version.

The Washington Post this week reports that the two largest trade groups for the grocery industry (the Food Marketing Institute and the Grocery Manufacturers Association) announced new standardized product dating for food labels. While the adoption of the new labels is voluntary, it’s a small step toward clearing up the confusion that causes American consumers to trash perfectly edible produce.

It’s estimated that, of the 40% of food that goes to waste in our country, consumers are responsible for the biggest chunk of that, wasting 40% of what we bring home. (The rest is lost at other places in the chain – farms and sorting facilities, transportation and distributors, grocers and restaurants.) People don’t buy food planning to throw it out. But it’s easy for yogurt to get pushed to the back of a shelf, or a bag of potatoes to suddenly start sprouting until it looks like something from a sci-fi movie. But many of us don’t trust our own senses to know if something is still good to eat. So we rely on labels.

That’s a mistake. Until now, manufacturers have used at least 10 different phrases when they label foods for resale, anything from the calm, Better if used by, to the scarier, Expires on.   Most consumers assume that these labels have some sort of authority behind them; if their yogurt says, “Use by Feb. 16,” they need to throw it out on February 17 or risk becoming ill. Instead, most dates on products are simply ways to for manufacturers to let grocers know when the stock will be freshest on their shelves.

The new system will have only two labels: “Use By” and “Best if Used By.” The first is used to designate safety, that a perishable food is no longer good. The second is more subjective, an estimate by the producer of when the product will have peak quality. Still, it does not take into account that most food is perfectly edible for days or weeks past the labels assigned to them. 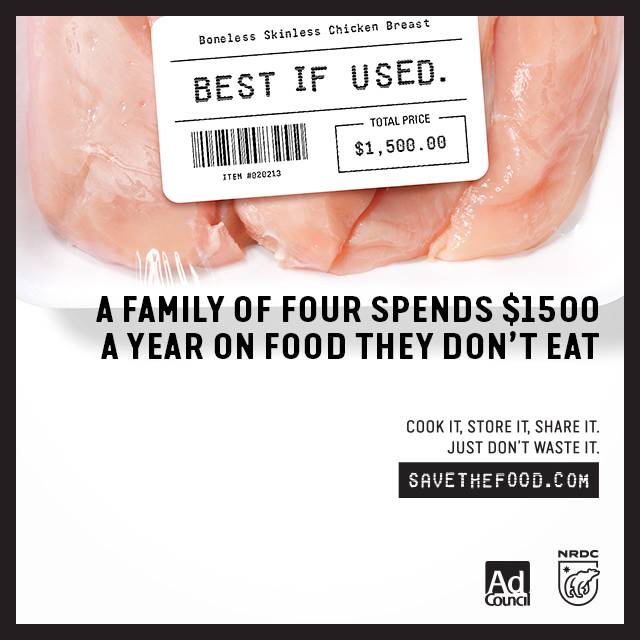 Only education will help the American consumer learn what foods are safe and when to toss something. The Natural Resources Defense Council began a Save the Food campaign in 2016, with public service announcements and advertisements meant to begin the education process. They estimate that of the $218 billion worth of food that is that is thrown away each year, the simple step of standardizing labels could save $1.8 billion.

The rest  of the waste reduction will have to come from other sources: making it easier, for instance, for farmers and distributors to donate food to gleaning organizations such as Society of St. Andrew. In 2016, SoSA saved and distributed more than 27 million pounds of fresh, nutritious produce. While that’s a lot of food (82 million servings,) it’s fraction of what is wasted. Those of us who work for SoSA are proud of what we save, and are saddened at how much more is tossed into landfills (food comprises the single largest component in American landfills.)

This will take a concerted effort by the Department of Agriculture, non-profits such as SoSA, education through NRDC and other agencies, and work in Congress and at the state levels to make sure more food is donated and less is thrown away. But every step in the right direction is a step closer to a solution.