Story and all photos by Lacey Johnson, a freelance writer and photographer in Washington, D.C., working for Bread for the World. Duplicated here with permission.

See this story on the Bread for the World website. 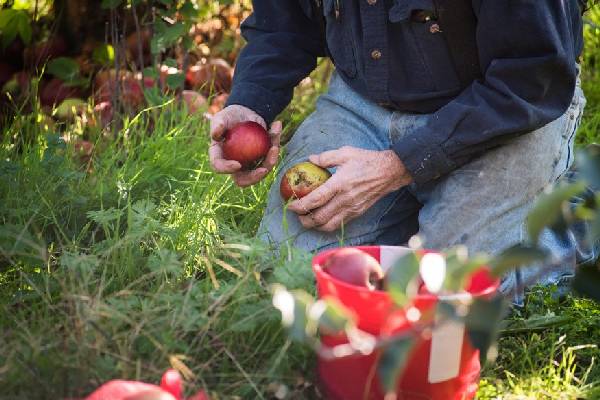 Thousands of fallen apples dotted the ground at Marker-Miller Orchard in Winchester, Va. The bounty of colorful fruit had been lying in the grass for days, still shiny and ripe, but facing an uncertain future as the growing season in Virginia drew to a close.

About an hour after sunrise, more than 200 volunteers one late October day began trekking between the rows of trees, eager to fill plastic buckets with the glut of red and green Stayman apples.

The 355-acre orchard invites paying customers to pick their own fruit, but this group was recruited for a special task. They had come to harvest food for the hungry as part of a biblical mandate known as gleaning.

“It’s working, but it’s not even hard work. You get to do it with your friends, and it’s for a good cause,” said 15-year-old Rachel Hayes, as she crouched under an apple tree filling a red bucket.

Historically used by ancient cultures as a way to feed the needy, gleaning refers to the practice of collecting leftover or excess food from fields. It appears in the Hebrew Scriptures in Deuteronomy 24:19:

When you reap your harvest in your field and forget a sheaf in the field, you shall not go back to get it; it shall be left for the alien, the orphan, and the widow, so that the Lord your God may bless you in all your undertakings.

The Gospel of Mark also tells of Jesus and his disciples gleaning ears of corn to eat.

“Usually our food is available for tables that night,” said Betty Heishman, a district gleaning coordinator for the Society of St. Andrew, which hosted the Winchester event. “There’s very little waste in what we do. It’s really an amazing operation.”

The Society of St. Andrew has donated more than 21 million pounds of food that would have otherwise gone to waste. 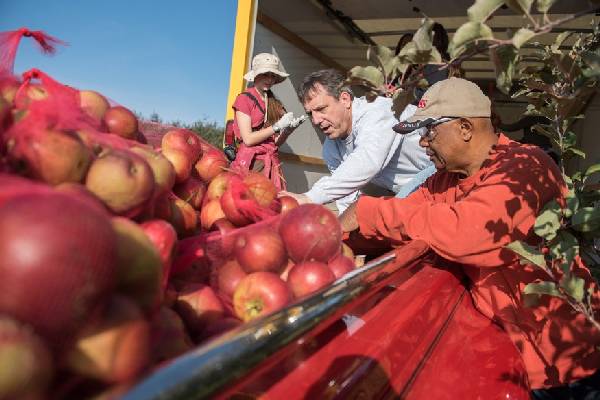 Founded by two ministers and their families in 1979, the Society of St. Andrew opened its first office inside a sheep shed in Big Island, Va. Today, the organization is one of the top gleaning organizations in the country, with offices in 15 states and more than 30,000 annual volunteers nationwide.

Harvesting everything from sweet corn to potatoes to peaches, St. Andrew, so far in 2015, has donated more than 21 million pounds of food that would have otherwise gone to waste in fields.

“The mission they had was just save the food,” Heishman said. “When you see those truckloads of apples that would have rotted in a few days, and it’s going on trucks to D.C. to feed the homeless, it overwhelms you emotionally.”

6 billion pounds of fresh produce goes unharvested or unsold each year in the United States. 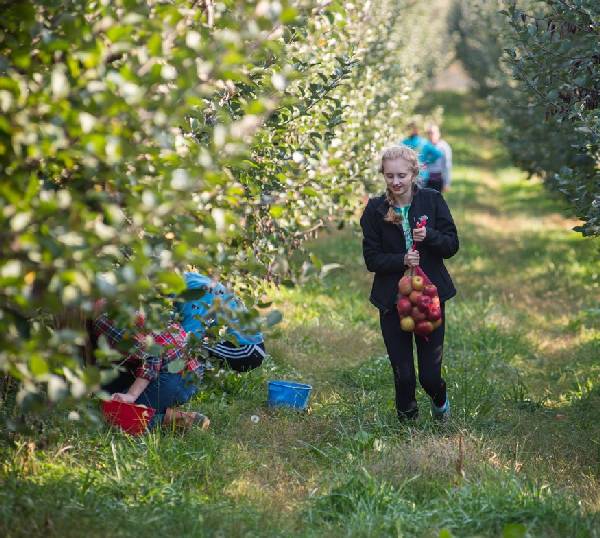 Not a matter of quantity but distribution

A staggering 6 billion pounds of fresh produce goes unharvested or unsold each year in the United States, according to estimates by the nonprofit Feeding America.

A multitude of factors are to blame: An abundance of sunshine may cause a crop to ripen too quickly, market prices could be too low for farmers to turn a profit, or field workers might be in short supply.

In the case of Marker-Miller Orchard, buyers are reluctant to purchase apples once they’ve fallen to the ground.

7 percent of planted fields in the United States still go unharvested, and only 10 percent of surplus food is recovered. 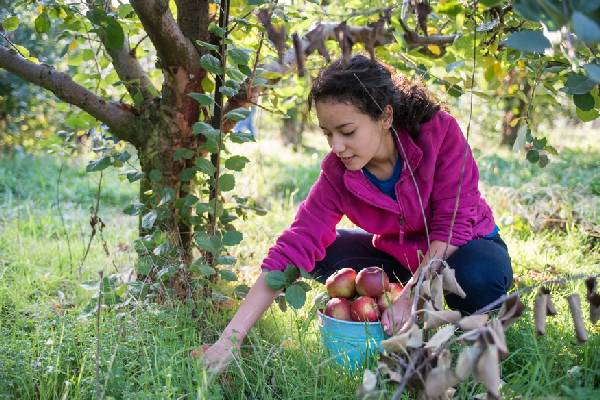 For volunteers like Steve Cunningham, gleaning with the Society of St. Andrew is a tradition dating back 15 years or more. “You can see people who actually need food getting it, and that’s the neat thing,” said Cunningham, who helps distribute salvaged food to low-income residents in Winchester. Seeing immediate results has motivated him to volunteer at more than 100 gleaning events over the years.

“I think gleaning is one of the greatest things that God has instituted for his people to be fed,” said 74-year-old Leotha Woodson, founder of the charity Noah’s Ark. “There is nothing that I have ever done that is more rewarding than giving to someone that’s homeless and seeing a smile on their face.”

Every Saturday, Woodson offers a truckload of donated food to hungry residents living in northeast Washington, D.C., including most of the apples gleaned during the late fall event – a harvest totaling 18,000 pounds, or roughly 54,000 apples. The remaining fruit went to local food pantries and nonprofits in nearby Virginia cities.

Despite the success of gleaning organizations, 7 percent of planted fields in the United States still go unharvested, and only 10 percent of surplus food is recovered, according to a 2012 report by the Natural Resources Defense Council.

“People don’t have time to put much thought into these things,” Heishman said. “We need to get the word out and get people educated.”

She says gleaning hasn’t ended hunger in America, but the Society of St. Andrew is showing that there’s enough food for everybody. 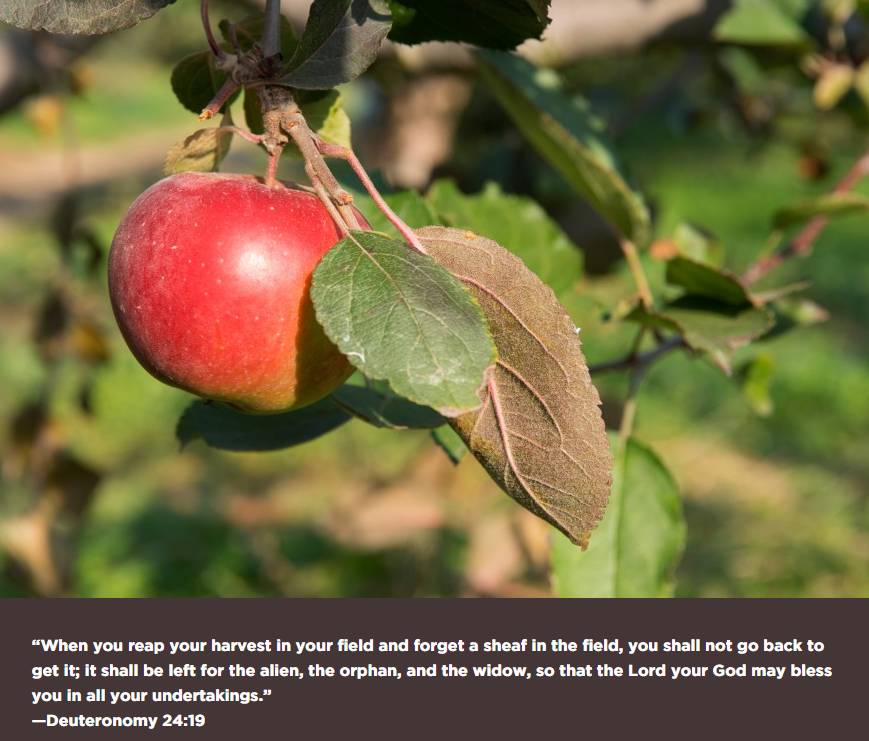