I’ve had two very different topics rattling around in my brain this week: endangered species, and American poverty and hunger.

My husband and I recently returned from a week’s vacation, hiking and biking on Assateague Island, which is both a National Wildlife Refuge and a National Seashore. We’re nature nerds and we spent hours every day looking at everything from shore birds to wild horses. 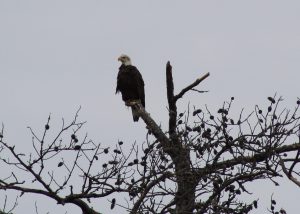 Two species particularly delighted us. Each day, we saw multiple bald eagles, including a female on her nest, and her mate soaring above us. We also saw a little fellow called a Delmarva Peninsula Fox Squirrel. Larger and fluffier than their more common cousin the gray squirrel, the fox squirrel hung around the maple trees eating newly emerged buds, or snoozed on the ground in the sunshine.

Both species spent decades on the Endangered Species List. By the 1950s, the original population of more than 400,000 bald eagles had been thinned to fewer than 1,000 by trapping, habitat loss, and the agricultural use of DDT, which caused their eggs to thin and crack. Likewise, habitat destruction led to the Delmarva Peninsula Fox Squirrel addition to the list in the 1960s.

Both of these are success stories. By 2007, when they were removed from the Endangered Species List, there were more than 100,000 bald eagles in Alaska alone, and 23 of the lower 48 states had at least 100 mating pairs. Likewise, careful management of habitat allowed the cute little squirrels to rebound and they were removed from the list in 2015.

It made me think how successful we Americans can be when we put our minds and our ingenuity to something. When it came to endangered species, we didn’t just hope for the best. We looked for the reasons that populations declined, and then tried to solve them: We banned DDT. We stopped hunting and trapping of those species. We worked to protect the habitat where they live and thrive. 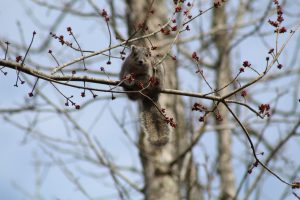 On the flip side of this happy story, I read a piece in the Charlotte Observer by Gene Nichol, commenting on a recent United Nations report on poverty. Nichol noted that although “the U.S. is the richest nation on earth, it ranked 35th of 37 Organization for Economic Co-Operation and Development (OECD) countries – the advanced democratic nations – in poverty and economic inequality. Even worse, the report found, our ‘child poverty rate (was) highest in the entire OECD’– with one quarter of youth living in poverty compared to 14% across the OECD. We’re the richest, but treat our kids the worst.

“The U.S. is ‘the clear and constant outlier in child poverty,’ the U.N. study determined. A ‘shockingly high number of children in the U.S. live in poverty.’ And ‘child poverty rates are highest in the southern states.’ The findings were even more brutal for the youngest kids. Forty-two percent of Black “toddlers and infants,” 32% of Hispanics and 37% of Native American kids under 5 are poor.”

My job is feeding people who need food. Giving a hungry person food is always a good thing. But at some point, we as a nation need to address the underlying reasons we have so many food-insecure people. Why do so many of us live in poverty? Why are people who work full time unable to provide a safe home for their families, as well as nutritious food for their stomachs? Why are our veterans more than twice as likely as the general population to be food insecure?

I know economics is complicated and politics even more so. But if we can bring our national symbol, the bald eagle, back from the edge of extinction, surely we can figure out how to assure that everyone who works earns a living wage. That everyone – from children to seniors – has access to a safe place to live and good food, and those who have served our country don’t go hungry.

It’s a challenge I’m sure we can meet!