Getting Something Green Into the Food Desert

A new study out of North Carolina State University challenges the conventional wisdom of food deserts, but in doing so, emphasizes the importance of gleaning groups such as Society of St. Andrew and their ability to get nutritious fresh food into under-served neighborhoods. 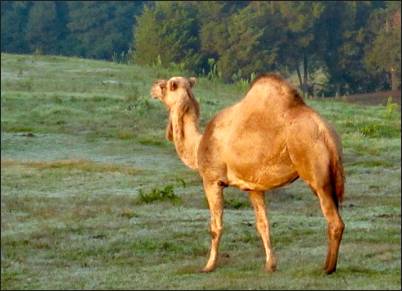 Food deserts are those areas where residents have limited access to a full-service supermarket or to a car to reach one. Full-service supermarkets have a broader selection of perishable items, including produce, than do the corner and convenience stores available in many lower-income neighborhoods.

The study looked at a neighborhood in Raleigh, NC. Undergraduates created a map of all stores in the neighborhood, as well as the nearest supermarkets. It shouldn’t surprise any of us to learn that the smaller, local stores offered very little produce. But most people don’t realize that even those healthier staple options that are available cost on average 25% more than they do in supermarkets. If you’re stretching a minimum-wage paycheck, or your SNAP benefits, or a Social Security check, that’s a hit on the budget. Few of us, even if we can afford it, willingly pay 25% more for our groceries if we don’t have to.

Researchers also interviewed neighborhood residents to find out how they shop and what they eat. Again, not surprisingly, most people said they preferred to shop where prices were lower. That meant that even if they had to travel more than a mile to a supermarket, they would share rides, take the bus, or call a cab. That also raises the price of a grocery visit. Respondents said they tended to buy more food at-a-time (sometimes a month’s worth), which meant that they seldom purchased produce, which could spoil.

So even when folks don’t shop at the nearest store, they’re still not choosing and bringing home fresh produce.

The report concludes that while many folks find a way to work around the distance factor of living in a housing desert, they can’t avoid the financial limitations imposed by living there. Limited resources keep them from purchasing the most beneficial food.

Last summer, I sent one of my volunteer truck drivers for a 1,000-pound pallet of zucchini. She wasn’t sure if the neighbors in her low-income neighborhood would go for it, but she was willing to pick it up and see how much she could move. She called me the next day and said, “Ms. Jean, that zucchini was gone in a hour and people were calling asking when I could get more!” Not having to pay 99 cents a pound and lug it home on the bus made it an option for tables all over her neighborhood that night! It’s the same story for watermelons, tomatoes, corn and everything else we move.

Studies such as these underscore the importance of what Society of St. Andrew does. It’s not just keeping good food from going to waste, but helping good people eat better.