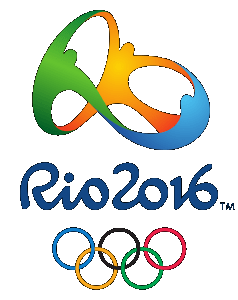 As athletes from around the world compete, some people in Rio de Janeiro will be eating at a restaurant run by Italian chef Massimo Bottura. His restaurant, Osteria Francescana in Modena, Italy, was recently named the top restaurant in the world. But those dining at Refettorio Ambrosiano won’t be the rich and famous. Instead, Bottura and a host of 30 other guest chefs will serve dinners created from surplus Olympic Village food to the needy and hungry of Rio.

Bottura opened a similar restaurant in Milan during the 2015 Expo Milan. In an abandoned theater, he transformed 15 tons of salvaged food into more than 10,000 meals, feeding refugees, the homeless, and the working poor with food that would have been tossed out and become trash.

During the Olympics, the 108-seat restaurant in the Lapa neighborhood will be open for dinner each day. The food, some cooked but most raw, will come from caterers in the Olympic Village, as well as other sponsors and grocers in Brazil. There, it will be transformed into three-course meals.

Using his new celebrity, Bottura plans to continue his mission to stop food waste and feed those in need. He has started a nonprofit called Food for the Soul, and plans to open soup kitchens in such cities as Montreal, Berlin, New York City, and Modena. And after the Olympics’ closing ceremonies, the restaurant site in Rio will become a culinary school, helping the city’s poor learn a trade, while providing a sustainable alternative to food waste.

On Eater.com, Bottura says, “We, contemporary chefs, are going to think, at least for one day, as our grandmothers did. We want to explain to the world what is possible to do with an overripe banana, an ugly tomato, or with breadcrumbs. The answer to the universal exposure that I am having now is: fight waste. I hope I can make people think more about that. That would make my prize (the World’s 50 Best designation) worth its while.”

Society of St. Andrew has been fighting food waste and working hard to educate people that it’s simply unsustainable to throw away 40% of what we produce. It’s exciting and encouraging having voices such as Boturra’s join us!