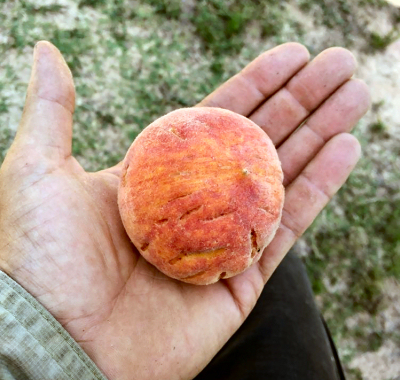 Late on a Friday afternoon, about the time I assumed I could shut my computer down and start my weekend, my phone started ringing. First came a call from a farmer who had seven rows of peach trees that we could glean. The peaches were small – mostly too small to sell – and some had a bit of frost damage on the skin. While the scarring was purely cosmetic, he couldn’t sell what was left on the trees. The 90-degree-plus days we’ve been having here in the Charlotte area meant those peaches needed to get picked quickly, and I knew I needed to start recruiting volunteers

Before I could get an email written, my phone rang again; this time it was a distributer who had twenty-one 500+-pound bins of watermelons that needed a new home. The store had contracted for 10 to 12-pound melons and the bins were full of 6 to 8-pound melons.  What the store didn’t want was perfect for the groups we serve, many of whom are senior citizens who don’t need a huge watermelon.

As I started making calls to line up drivers to visit the warehouse, the phone rang again! A farm we work with often in the summer had a field of corn ready for us already. The heat had pushed it to maturity sooner than they expected and while they harvested some out of it, it simply wasn’t going to hold and new fields were ready.

Here’s the amazing thing and while I always answer my phone, even at 5 p.m. on a hot Friday: All that produce which “the world” didn’t want found happy homes through Society of St. Andrew. By Wednesday, we’d picked and distributed about 800 pounds of peaches that went to shelters for women and children, battered women, immigrant families, and low-income neighborhoods.

The 12,000 pounds of watermelons ended up at a wide variety of places: a church’s senior citizen celebration, our local meals on wheels agency, inner-city daycares, neighborhoods, and food pantries in at least six counties. 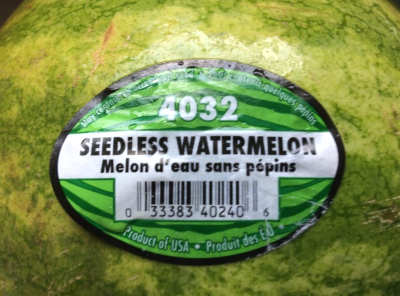 And that corn? About 15 of us gathered on a humid but overcast morning and picked more than a ton of corn in less than two hours. Sure, some of it hadn’t filled out all the way to the end of the cob. Some ears were shorter than others. But those of us who sampled in the fields can vouch for how delicious it was. We loaded trucks and cars and sent it off to soup kitchens, nursing homes, three different meals-on-wheels agencies, and a food pantry serving Latino immigrants.

What does it say about us as a culture that we can so easily toss away something that doesn’t precisely meet our ideal? How did our food system become so broken that a grocery store would rather see 15,000 pounds of watermelons go to waste than change their sale sign to accommodate a different size?

I’m thrilled that I work with farmers, distributers, volunteers, and aid agencies that truly understand that good things can indeed come in small or oddly shaped packages! Let’s spread the word!