How to Feed the 9 Billion 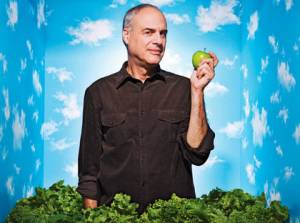 In a 2013 piece in the New York Times, one of my favorite food writers Mark Bittman wrote, “The world has long produced enough calories, around 2,700 per day per human, more than enough to meet the United Nations projection of a population of nine billion in 2050 … There are hungry people not because food is lacking, but because not all of those calories go to feed humans (a third go to feed animals, nearly 5 percent are used to produce biofuels, and as much as a third is wasted, all along the food chain).”

For those of us who work with Society of St. Andrew, we see every day what Bittman writes about. Happily, we generally see what is saved and distributed, not what is wasted. But we all know that what we save, even in our busiest months, is the tip of the iceberg of food waste. Not every farmer calls us, and we can’t always save and distribute everything from the farms that do call. Stores and distribution centers send tons to landfills every day – food that is, by their standards, imperfect or unmarketable. But not inedible.

In another article in 2014, Bittman noted: “Look at the most agriculturally productive country in the world: the United States. Is there hunger here? Yes, quite a bit. We have the highest percentage of hungry people of any developed nation, a rate closer to that of Indonesia than that of Britain.”

As troubling (and accurate) as that statement is, I find it encouraging that the twin problems of food waste and hunger have become part of the national dialogue. Society of St. Andrew is joined by hundreds of groups around the county, each working to prevent food waste and to bring healthy food to marginalized communities.

While food insecurity, poverty, and growing income inequality are all problems in our wonderful country, there is hope when we all work together!