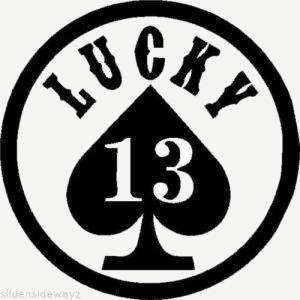 For the past year, I’ve been trying to learn Italian (because it’s a beautiful language and I love the food and the people, and I think and hope it will keep my brain young!) It’s slow going, but every now and then I actually understand a phrase or two in a movie or conversation. I call it progress and keep plugging along.

Learning another language involves learning more about other cultures and how we differ. Recently I learned that, in Italian, they say, “Fare tredici!” which means, literally, “To make 13!” It means someone has hit the jackpot! Struck it rich! Won the football pool! It’s the opposite of our idea of 13 as an unlucky number, something to be avoided on a Friday or in a tall building.

I also recently learned that North Carolina, the state where I live and work, is ranked thirteenth in the number of people living in poverty. We are also thirteenth in child poverty. And just to clarify, that’s thirteenth from the bottom. Only twelve states in the U.S. have a greater percentage of their population, including children, living in poverty. We are a state that has long prided itself on how progressive we are; and lately we have been touting the strength of the economy and the amazing recovery from the recession.

Yet too many people haven’t felt the strength of that recovery. To the estimated 626,590 North Carolinians who struggle with poverty and food insecurity, thirteen is not a lucky number. It represents the daily struggle to put nutritious food on the table for each member of the family. It represents difficult choices between food and medicine, or food and gas for the car to get to work, or new shoes for growing feet.

These numbers matter because these numbers represent real people in our communities, in our churches, and in our schools. They represent senior citizens who can’t make it on a Social Security check, or a working family that spends 50% or more of their income on rent, which is not unusual in a booming city such as Charlotte.

Each week, Society of St. Andrew continues to send out food. This time of year, when it’s cold outside and the fields are fallow, there is less for us to distribute. Yet that’s when heating bills rise and kids catch the flu and need to see a doctor.

And that hurts me. It hurts to know that when I do get a chance to distribute a few thousand pounds of potatoes or fruit, that I will have to choose between the dozens of worthy agencies and neighborhoods and churches who desperately need that food. And yet, while I believe there is enough food for everyone, most grocers and distributors don’t want to be bothered sharing it with those in need. They’d rather throw it in the landfill.

Like learning another language, stopping hunger is slow going. But every now and then, we see progress. A new farmer hears of us and asks to participate. A distributor calls out of the blue with a truckload of bananas on a freezing cold weekend. A volunteer offers to drive a long way to get food to an under-served community.  I remain optimistic that in 2017 I might be able to understand a few more phrases of Italian, and that North Carolina will no longer be “Unlucky 13” in the world of poverty.