Manna – and Vegetables – from Heaven 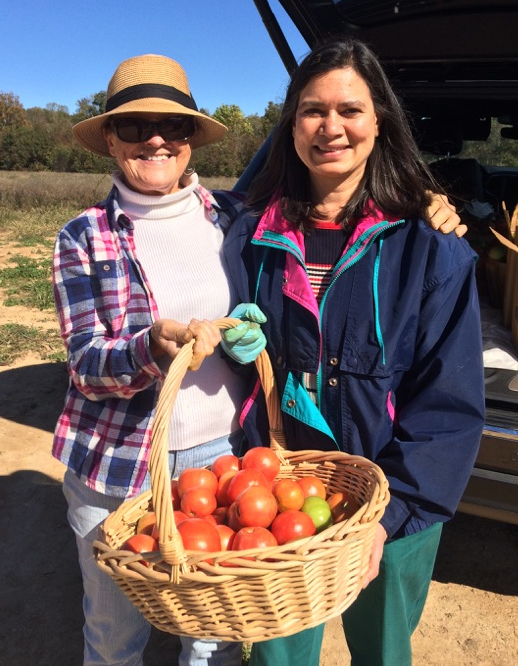 Anna Robinson and Anjali Markey after an afternoon in the field

Almost every year, my church offers a class called Disciple Bible Study. Participants meet anywhere from 24 to 36 weeks and dive deep into the Bible. The class I help lead, the first in the series, covers approximately 80% of the Bible, both Old and New Testament, and for many, it’s the first time they’ve ever actually read the Old Testament. I always volunteer to lead that portion – I love the stories, the history, the psalms, and the prophets. It’s fun to see people’s faces when they realize just how wild some of those stories are!

Recently, we worked our way through the beginning of Exodus. A people enslaved are freed. But even a free people must eat. We tried to put ourselves in the place of those who were free and yet lost in a desert; free but still hungry. And suddenly freedom started to look a little less appealing.

The theme kept returning, of course, to, “God provides.” God provided, through Moses, a way out of bondage. God provided a way through the sea, away from the Egyptian army. And God provided food, if the people were willing to gather it.

In everything, God provides, but we are required to do our part. In the book of Exodus, the manna didn’t gather itself! If people were hungry, there was plenty of food. But it needed to be harvested. And there was plenty for everyone. No one should try to take more than they could eat, or try to store it up and let it spoil. 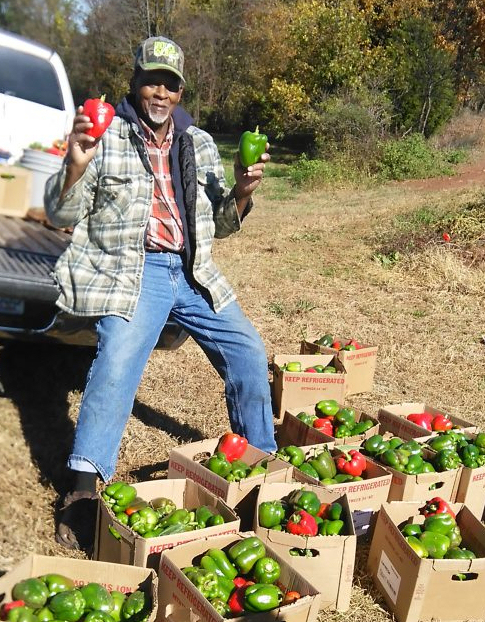 Joseph Harrison with many pecks of peppers!

It reminded me of gleaning, which we hadn’t gotten to yet (but Leviticus and Ruth were coming soon!) The earth is a bountiful place with food waiting to be picked and taken to those who are hungry, those who are lost in the wilderness of poverty and food insecurity. As it was for the Jews in the wilderness, the food doesn’t gather itself. Cheerful volunteers go to the fields, harvest, box, and bag. Volunteers deliver to agencies and to individuals, and each takes what they will eat or use.

In the last couple of weeks, our farms have been on the edge of the first killing frost of the season, depending on where they are in my sprawling area. One week, a farmer called and said he’d know by 10am on Monday if his six acres of tomatoes survived a predicted freeze, but we’d have to come glean by Monday afternoon. Talk about gleaning excitement! About a dozen folks signed on to be spontaneous gleaners if the weather held, and at 10am, the farmer called to tell me that the tips of the plants were nipped but the tomatoes seemed fine. We mobilized, some of us driving more than an hour, and saved more than 3,000 pounds of gorgeous tomatoes.

A similar story played out last week when a kind farmer let us know that he had an acre of red and green bell peppers that would be frozen by Saturday morning. On Friday, ten of us, all bundled up, arrived at the field and pulled hundreds and hundreds of pounds of peppers that went to neighborhoods, soup kitchens, food pantries, refugee communities, and more.

There is enough for all of us, and God does provide. But we have to do our part. And beat the frost!