Marian Kelly to Retire After 39 Years with SoSA

To be honored with a Day of Giving on September 28 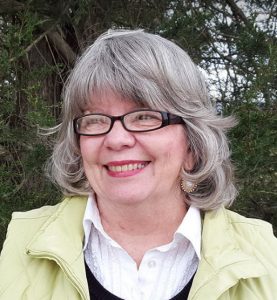 Marian Kelly, a founding member of the Society of St. Andrew

Nearly forty years ago, a community of faith was formed in rural Bedford County, Virginia. Two families covenanted together, to live simply and prayerfully, holding all things in common, following the model of the early church in Acts 2.

In all the time since, as the Society of St. Andrew grew from two families on a small farm to a hunger relief ministry with national impact, members of those same families have been involved in SoSA’s work on a daily basis. That continuity is a tie that has bound together decades of prayer, hope, and hard work. At the same time, it has led this ministry steadily forward, keeping SoSA focused on the essentials, and striving year-after-year to do more, to be more effective, and ever more faithful in its work.

More About Marian / Donate in Honor of Marian

The pioneering vision of Marian Kelly, of Ken and Jean Horne, and of Ray Buchanan, has sparked a movement that now spans the globe! Fresh produce rescue and recovery, and gleaning to feed hungry neighbors are now topics of conversation — and subjects of action — worldwide.

Marian Kelly, the last of SoSA’s founders to remain active in the day-to-day work, will retire on September 28, 2018. Marian has long served as the director of SoSA’s Potato & Produce Project. This is SoSA’s large-load recovery and distribution work, connecting produce suppliers, trucking companies, congregations, and food banks across 48 states, getting millions of pounds of healthy food to hungry people each year.

Marian may not have set out to change the world, and she’s probably too modest to admit she has done that. Now, SoSA will honor Marian in a manner consistent with her unceasing service – a day of giving. Board members and staff have donated money to serve as a matching gift, and September 28 is designated as a special day for donations to SoSA’s feeding ministry in Marian’s name. We hope you’ll join us in appreciation for Marian Kelly and her service to Society of St. Andrew since 1979.

In 2018, Marian Kelly talked about SoSA’s early history. This recording was played at a meeting of all staff: