All donations for the Special Day of Giving on September 28 will support our Potato & Produce Project, distributing large loads of fresh produce to food banks and food pantries across the U. S. Double your impact THIS FRIDAY, September 28. When you give to the Society of St. Andrew. On this day, your gift will be matched, dollar for dollar, up to $27,700! You can make your donation today, marked “Special Day of Giving.” 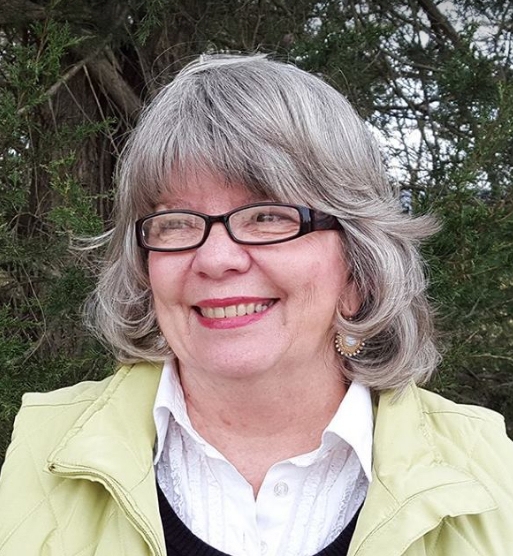 Marian Kelly has been with Society of St. Andrew for the past 39 years and is our director of the Potato & Produce Project. Each year, she coordinates the delivery of hundreds of truckloads of fresh produce to food banks and parking lots. In those parking lots, volunteers from churches, schools, and civic organizations bag the produce which is then delivered to hundreds of food pantries and food banks across the country. Marian has certainly coordinated more rescued good food to hungry people than any other person in the U.S.

On June 8, 1979, Ken and Jean Horne and Ray and Marian (Kelly) Buchanan, and their five children, moved into a farmhouse in Bedford County, Virginia. Their goal was to live in Christian community in order to model a lifestyle of Christian responsibility. At a hunger awareness workshop Ken and Ray led at Franktown United Methodist Church on the Eastern Shore of Virginia, a farmer named Butch Nottingham questioned them about the facts they presented regarding food waste. From the discussion that followed, the Potato and Produce Project was born. On June 3, 1983, George Wooten of W. E. Bailey Produce in Chadbourn, North Carolina, donated a tractor-trailer load of sweet potatoes to the Society of St. Andrew. This first load of salvaged sweet potatoes was delivered to the Central Virginia Food Bank in Richmond.

In 2018, Marian Kelly described this part of SoSA’s history for a staff meeting:

In 1985, the Society of St. Andrew launched Harvest of Hope, a gleaning and study camp for youth. The first event was held at Camp Occahannock-on-the-Bay, on Virginia’s Eastern Shore.

As more and more people became exposed to gleaning, they wanted to introduce it to their own churches. As a result, the Gleaning Network was established in Virginia in 1988.

In 1990, as an offshoot of the Potato and Produce Project, The Society of St. Andrew began the Seed Potato Project to offer a hand-up to impoverished communities who wish to grow their own produce.

Beginning in 1992, the Society of St. Andrew expanded into other states in the form of regional offices and gleaning ministries.

Would you like to donate to the feeding ministry of SoSA in Marian’s name?

September 28 has been designated a Special Day of Giving in honor of Marian Kelly’s 39 years of service to this ministry. Board members and staff have donated $26,400 as matching funds for this special gift in Marian’s name. You are invited to donate to this fund and have your donation doubled by our matching funds.

or Mail a check to:

and mark it “in honor of Marian.”