One Week: Pumpkins, Muscadines, and Blackberries 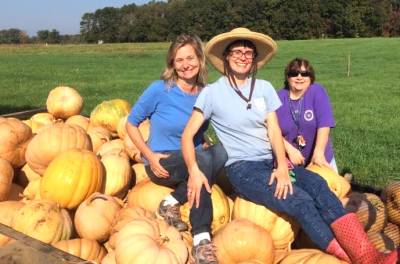 I love the week after Halloween, when we at Society of St. Andrew get to save those pumpkins that didn’t end up as decorations. It breaks my heart each year when I see perfectly good, perfectly edible pumpkins plopped into garbage cans the day after Halloween, discarded like unloved candy or Christmas trees with no needles. But, ironically, those that didn’t get chosen as displays can go on to live a more fulfilled pumpkin life!

So I was already looking forward to that first week of November, without having any idea how eclectic it would become.

On November 2, thirty students from a local high school got out of class for the morning to help glean nine acres of pie pumpkins. The sky was blue and the air was crisp; a perfect fall day. The kids worked hard, building piles of pumpkins, then loading them onto the farmer’s trailer, and then moving them one more time into waiting trucks and trailers.

We sent nearly three tons of pumpkins to area refugee communities, food pantries, soup kitchens, and our local Meals on Wheels agency. I picture them becoming curries, soups, stews, breads, and pies. I picture them living a pumpkin destiny beyond porch decor and garbage. 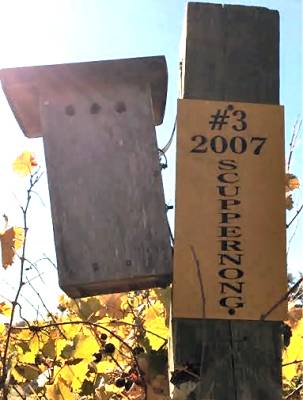 Two days later, a group of us headed to a Muscadine grape farm. The U-Pick season had ended, but lots of gorgeous grapes hung on
the vines. The farmer gave us a tour — it was our first time on that farm — and encouraged us (not that it took a lot of convincing) to sample each variety: Noble, Scuppernong, and more. We tasted freely and all agreed that they were delicious.

We harvested nearly 3,000 pounds that morning. Again, there were about 30 of us: A mom brought her two home-schooled children who worked hard. We had several senior citizens, and a few younger folks with flexible schedules that allowed them to come out on a Friday morning. We were of different races and ages and we had a great time in the vines. Gleanings that morning went to at least four counties and provided folks with incredibly fresh and healthful fruit. 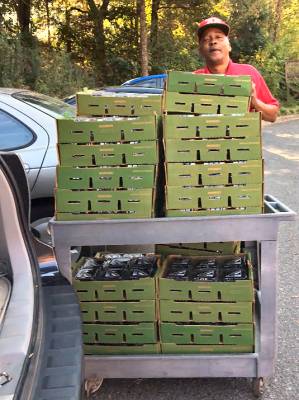 Then, on Tuesday, a distributor called. A grocery chain had rejected several pallets of blackberries because a few clamshells had a moldy berry or two. Rather than send them to a landfill, he called me. I sent trucks, and drove out myself to fill my Subaru Forester with fifty boxes for Friendship Trays, which provides meals to shut-ins. We moved 375 cases, which equaled more than 1,600 pounds of blackberries, with a retail value of $18,000. Believe me, no one minded having to pick out one or two.

I love to think about what folks do with all that food. I love thinking about the possibilities we see in food that others have written-off. I love November!

Here’s one idea in case you still have your beautiful heirloom pumpkin on your step:

Each year, I buy several pumpkins from our local farmers. I decorate with them (they really are lovely), and then I cook them, which is very easy to do: Wash the pumpkin, cut it in half and scoop out the seeds (which you can roast if you like). Cut the pumpkin into manageable pieces and put it on a roasting pan, with a little bit of water, and bake it at 350 degrees until it’s soft. The good orange flesh will scoop right out of the tough shell. I purée the flesh in a food processor and then it’s great to use in soups, breads, pies, or cakes.

This is a recipe I often make in the winter:

Heat olive oil in a large saucepan, and sauté the onion and ginger until soft. Stir in curry powder and heat for about 30 seconds. Stir in coconut milk, chicken broth, and pumpkin. Heat to simmering and cook for about 15 minutes. Add more liquid if it’s too thick. Use a hand blender to purée the soup. Add salt and pepper to taste.