Opening the Door for the Crossroads Food Pantry to Grow …

Sharon was tired and frustrated. Starting in 2007, she dedicated seven years of her life to volunteering at a local food pantry called the Crossroads Distribution Center. As for many non-profits, times were tough. Funding was drying up, and along with it, their ability to serve the community. In 2015, the pantry reached its breaking point and the leaders made the difficult decision to close the pantry. 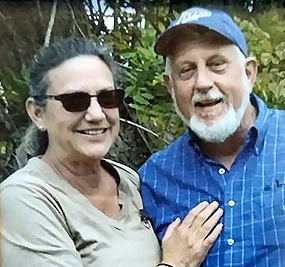 But Sharon said there were too many struggling people in the community to quit. So in 2015, when the rest moved on, Sharon and her husband dug in their heels and took over the cost of the building. They filed a new 501(c)(3) designation and reopened the food pantry, calling it The Crossroads Food Pantry.

They had some paperwork, but that was about all that Sharon and Bruce had for their pantry. There were no freezers, no trash cans, no food, and not even toilet paper in the bathrooms. But Sharon refused to give up. She continued to solicit funding, food, repairs, and even daily items. She eventually found an old refrigerator, someone donated a new freezer, and $1,000 of donations came in to cover the cost of some food.

These small victories reinvigorated Sharon, but she knew that this was not enough to keep a steady supply of food for the families she served. Then in 2018, she connected with the Society of St. Andrew. Shortly after, she received the call so many pantries receive: “Would you like to glean with us later this week?” Sharon was so busy. But when an opportunity for “all-you-can-handle” blueberries comes and they’re free, how could she refuse? 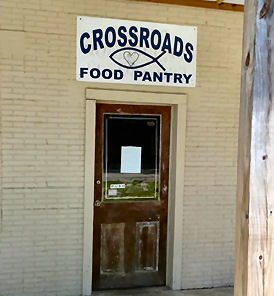 Once she got to the gleaning event, she jumped into line next to a woman and started picking berries. Without any warning, this woman asked her: “What do you need most at your food pantry?” Sharon responded honestly that they needed money. This soon-to-be friend said, “I happen to know a grant writer. Could I connect the two of you and see what happens?” Now, 11 months later, in the summer of 2019, Sharon’s food pantry has received over $19,000 in grants. That single moment in a blueberry field changed everything. 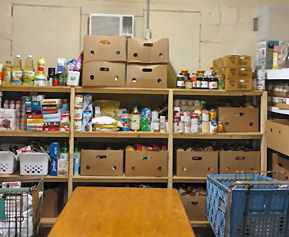 The Crossroads Food Pantry, full of food and supplies

With those funds, they’ve fixed broken appliances, increased the quantity and quality of food they’re bringing into their community, bought the daily necessities, and now have orders of food consistently scheduled through 2020 from their local food bank. All of this ensures the pantry has a buffer of consistently arriving food, so they have time to figure out a long-term strategy.

She believes that God called her to glean that day with the Society of St. Andrew specifically to make that connection, so she could better serve her community. Sharon said yes to the call to serve and found more than food in the field that day. She found hope.

Do you feel called to serve your local community in the mission to end hunger? If so, please consider connecting with your local office of the Society of St. Andrew. We would be delighted to get you into the fields to rescue food, make connections, and help you feed your hungry neighbors.