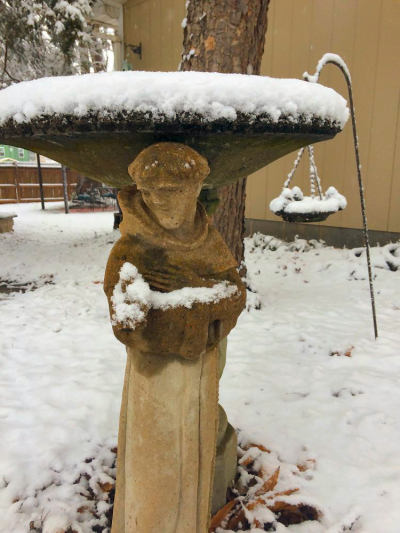 Last week in Charlotte, North Carolina, we had a snow day, or actually several snow days. For Charlotte, snow days are big events. Where I grew up in Minnesota, an inch or two of snow did little to slow us down, but here, where snowplows are scarce and there’s not much budget for clearing the roads, the mere threat of snow can shut down the city.

I’d paid little attention to the predictions since they often never come to pass. But on Tuesday night, Marci called. She’s the coordinator for a group called Refugee Support Services that meets Wednesday mornings. Each week, one of my faithful drivers makes a 60-mile round trip to pick up a load of produce at a local warehouse and deliver it to the refugees. But RSS follows the school system’s schedule for closing and Marci had called to tell me that, since schools had already announced closures, they could not accept a load of food.

After contacting the driver and the donor, we decided to see what Wednesday brought. Well, it brought about three inches of snow and cold temperatures that kept the snow from melting and left roads treacherous. A smaller group meets at RSS on Thursdays, but again, they were closed due to icy roads. I found an agency willing to open up to accept the food, but they were closed to clients on Thursday as well. The food finally reached an agency on Friday.

Since I was a girl back on the family farm in Minnesota, getting snowed in meant good eating. My family had chickens and always had plenty of eggs; and for most of my childhood, we had a milk cow and had our own milk, butter, cream, and buttermilk. The basement was always full of potatoes and pumpkins and squash put away for the winter. The farmhouse still had an old wood cook stove, and my mother would fire it up to keep us warm, and she’d let us cook whatever we wanted. My sister and I would bake breads, cakes, cookies, and pies. We would make casseroles and roasts and the house would smell of goodness.

Last Wednesday and Thursday, caught up in the nostalgia of it, I spent a good bit of time cooking big pots of beans and rice, and baking breads and cookies. My pantries were full and I had fun. 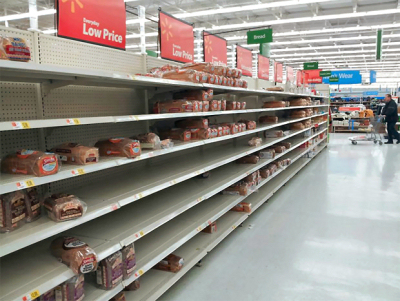 But it did not escape my notice that, as bountiful as my home was, many others found nothing on their shelves those days. A 2015 report from Foundation for the Carolinas found that more than 80,000 students in Charlotte’s public schools rely on free or reduced breakfast and lunch each day. That’s about 56% of the students in our public schools. With school cancelled through Friday, how many had little or no breakfast or lunch from Wednesday until the following Monday? Children who normally eat two meals a day at school were probably pretty hungry, which makes it infinitely less fun to build a snowman. And much harder for high school students to prep for their mid-term exams on Monday morning.

The refugees would have to wait another full week before receiving produce. And soup kitchens and pantries across the area closed because of safety concerns.

It’s easy to forget how fragile many people’s food supply has become. A snow day, which spells a fun break from the routine for many of us, means an empty cupboard and a empty stomach to children and seniors and other vulnerable residents across our region.