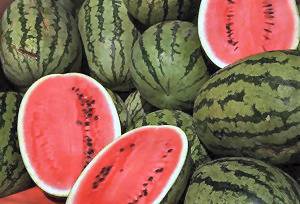 In the winter, when the fields are quiet, I don’t hear from my volunteers as often. I had last seen Cheryl in late October when my husband and I took her a load of turnips and greens on a warm Sunday afternoon. Although she had been in and out of the hospital this summer, she said she was doing well and was already calling neighbors to come share in the bounty. I hugged her and told her we’d talk soon. But just before Christmas, while making a stop at another ministry, I heard that Cheryl had died suddenly a couple weeks earlier. She had a relationship with both ministries, and in the course of their work, they had just learned of her death. We were all shocked and saddened.

I met Cheryl my first week with Society of St. Andrew back in 2012. Although she used a wheelchair, she was a force in her neighborhood. I cannot imagine how many people received farm-fresh produce because of her efforts and enthusiasm over the years. She was never shy about calling to ask what was coming out of the fields. She especially loved a load of watermelon, warm from the sun, to share with neighbors.

Usually I’d organize a volunteer to take a truckload to Cheryl – sweet potatoes, collards, turnips, tomatoes, or those watermelons. Other times, I would fill the back of my Subaru with whatever we had picked that day. Her neighborhood was on my way home from several of the farms where we glean often. I’d call from the field and ask if I could stop by with a few bags of corn or some tomatoes. She always said yes. She knew her neighbors needed that food.

When I arrived at her neatly-kept ranch house, she would be out front, ready to come down the ramp to meet me. I’d pick out a really nice fruit or vegetable for her while I unloaded the rest onto a table in her back yard. We would chat, sharing recipes, talking about where the last load of food went, and checking in on each other’s lives. And Cheryl would be working the phones, letting neighbors know that there would be fresh food available that day.

Cheryl was a gift to those who knew her, most especially those in her neighborhood who she knew needed a little extra when the truck pulled in. I’ll miss Cheryl’s smile and bright voice. I’ll miss her dependability, and her conviction that everyone deserves access to good food, no matter what neighborhood they live in.