The Cabbage Not Wasted

– From an article by Lynette Johnson, SoSA Executive Director

The field of cabbage in Screven, Georgia stretched in all directions almost as far as the eye could see. In years past, the farmer filled the field with watermelons, but a friend suggested that cabbage was the new way to go. So this year, for the first time, the farmer took a chance and planted lots and lots of cabbage. He even had a sales contract in place for it all. Then, the sales contract fell through. All of his acres of cabbage were simply going to be plowed under because he had no market for them. It was a financial disaster. 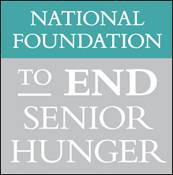 Meanwhile, Sandi Newman, our SoSA Georgia Program Coordinator, was deep in conversation with the National Foundation to End Senior Hunger (nfesh.org.) That organization has a new Georgia-based initiative called What a Waste! built on the idea (new to them, but not to us) that they might be able to feed hungry seniors with produce that would otherwise go to waste. When the farmer called Sandi, she invited What a Waste! To send out folks to glean cabbage with her one day in Screven so they could learn what gleaning is all about. 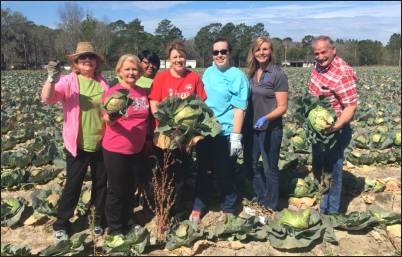 Council on Aging members from three agencies in Georgia, in the cabbage field in Screven, Georgia

This little group, representing the Council on Aging from three separate Georgia communities, gleaned more than 6,000 pounds of cabbage that morning. And when the morning was done, they were appalled to see how much food was still left in the fields. One woman left in tears because there was so much food left that they had been unable to glean.

Sandi’s phone began to ring right after she got back to her office. The folks who had just left the field wanted to know if they could come back and glean again. And could they bring more people? Yes, absolutely. So the gleaning continued, not for just a day or two, but for several weeks.

When the gleaned cabbage arrived at senior-serving agencies, low-income seniors stood in line to receive a head to take home. Cabbage is good food, and they knew just what to do with it. Every day the senior volunteers gleaned and returned with cabbage, everything they brought back disappeared into the hands of the end-users in just a couple of hours. Likely, too, much of it was on the table the same night it was gleaned.

Whether as a donor or a volunteer, you make a difference with so many events like these. In January and February of this year, SoSA held an average of almost seven gleanings each day, 396 events in two winter months. Each event makes a difference, in a powerful way, to gleaners, to farmers, and – most of all – to those who receive the food we share.