The Land of Misfit Produce

This time of year, when Rudolph the Red-Nosed Reindeer seems to be everywhere, I hear a lot of discussion about The Island of Misfit Toys. For those who have been living in a vacuum for the past 55 years, in the 1964 TV movie based on the song, Rudolph and his friends, fleeing the Abominable Snow Monster, end up on an island filled with not-quite-perfect toys. The toys live on the island until they can find a boy or girl to love them for who they are. As Rudy and his friends depart, they promise to bring it up with Santa when they get home. 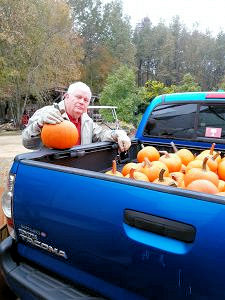 People see all kinds of metaphors in the Misfit Toys, but I, obviously, see the parallels with the food we save and distribute to our neighbors all year long. We are the gleaners of misfit produce, the odds and ends that have so much to give but are too often left behind.

A couple weeks before Thanksgiving, I was busy finding homes for pie pumpkins. Different from their big, hollow, Jack-o’-Lantern cousins, pie pumpkins are great for eating and super nutritious. They can be roasted or boiled. They can be made into pies, breads, soups, and stews. As good as they are, many people aren’t really sure what to do with them, and most pumpkins used as decorations end up (at best) in a compost pile or (at worst) in a garbage can, destined to rot in a landfill. I always tell people the loneliest vegetable in the world is a pumpkin on November 1! 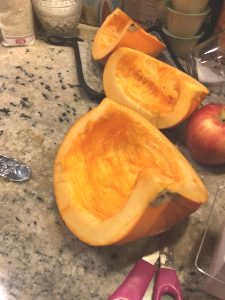 Happily, the nice farmers at Wise Acres Farm offered me several pallets of pumpkins left over from their fall patch. They have livestock that are happy to eat the pumpkins, but felt, like I do, that good food should go to people first and piggies and chickens second! So we filled several trucks and cars and sent them on their way.

One agency had their chef prepare the pumpkin in different ways so those “shopping” could see how good it was and how easy to work into their diet. I hauled a load to our local meals-on-wheels agency, knowing that trays for local elderly would have fresh homemade pumpkin pies for Thanksgiving. Some went to a Latino ministry. Some went to a refugee community. In all, we moved thousands of pounds of pumpkins, giving what some see as “misfit produce” a delicious new lease on life. 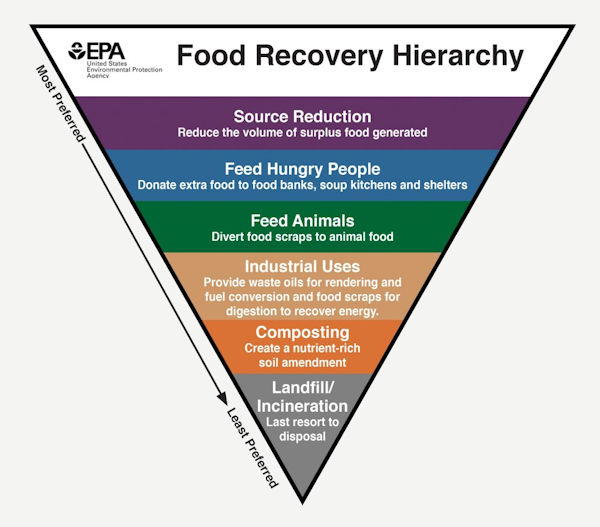 The Environmental Protection Agency knows that food waste in our landfills is a huge issue. A ton of produce rotting in landfill conditions emits as much methane as driving a car for year. They have created this handy Food Recover Hierarchy graphic that shows how to reduce food waste and where recovered food should go. I’m thrilled that working with the farmers at Wise Acres, we were able to follow this guide. What we didn’t take went to the animals or ended up in their compost to feed their soil for next year.

Of course, the best thing to do is reduce the amount of excess food that is produced. But once it is in the food system, let’s make sure that as much of it goes to feel people as possible. Like the misfit toys (spoiler alert!) that found their way to happy boys and girls by the movie’s end, our misfit pumpkins fed and nourished our hungry neighbors at Thanksgiving and Christmas, a time we should all think about bounty and how equitably it is shared.