The Parable of the Mustard (and Turnip) Seeds 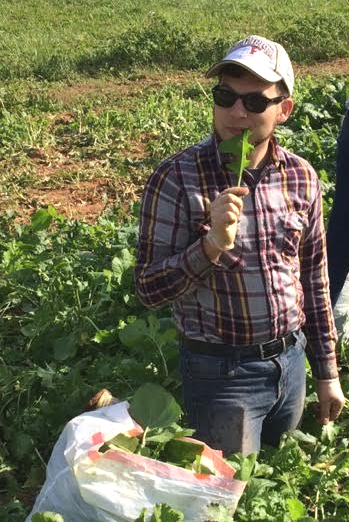 Maybe it’s because I’m a farm girl, but some of the parables I love the most are those that have to do with planting. They speak to me in an instinctual way – earth, sky, seeds, and rain, always combined with human action. In those parables – about the mustard seed or the sower, for instance – the kingdom of God doesn’t arrive passively. It comes through the bounty of God’s earth and our understanding of his world, and our own actions to make it happen abundantly.

Jesus’s parable of the mustard seed was on my mind last Saturday. I’d driven early to Riverbend Farm in a rural county outside of Charlotte, North Carolina, where I live, to prepare to welcome a group to glean greens. My thermometer read 49 degrees, but sunshine already took the edge off the morning chill. Jim Little, the farmer, met me to show me the field and talk about how the fall was treating him. Jim motioned out at the expanse of greens, standing at least a foot high, and apologized the turnips hadn’t done well this year. It had been just too hot and too dry. We’d find a few. But those greens! They were gorgeous!

Each year, Jim plants a field for Society of St. Andrew, usually half turnips, half greens, and lets us come out in October and November to glean. He tithes a portion of his farm, giving something back because the land has supported him and his family all these years. 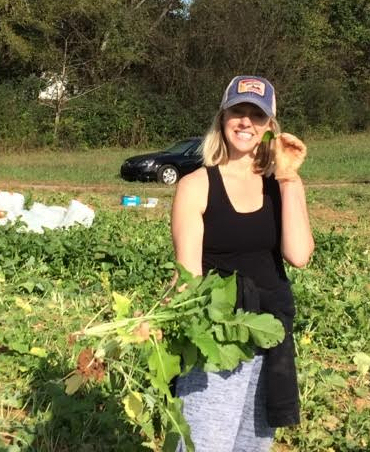 I thanked Jim for taking such good care of us, but he waved away my thanks. “All that is right there is a pound of turnip seeds and probably less than a pound of mixed greens,” he said, as if that were nothing. But less than two pounds of tiny seeds on an acre of fertile soil became plants that would nourish our hungry neighbors in several counties over the course of the next few weeks.

Isn’t that like the parable of the mustard seed? It’s in each of the synoptic gospels, with slight variations. Here is Matthew 13:31-32 “Jesus told them another story: The kingdom of heaven is like what happens when a farmer plants a mustard seed in a field. Although it is the smallest of all seeds, it grows larger than any garden plant and becomes a tree. Birds even come and nest on its branches.”

Jesus grabs our attention with his exaggeration in the parable – obviously mustard seeds aren’t the smallest seed out there (anyone who has planted turnips knows that!) and they don’t grow into a tree. But the Kingdom of God grows out of our flickers of faith, our acts of kindness and love, our belief in something beyond us. Just as those two pounds of seeds, mixed with some rich soil, sunshine, and rain grow into so much more.

Of course, just like God’s kingdom, none of that would be possible without human interaction and attention. Jim is the expert 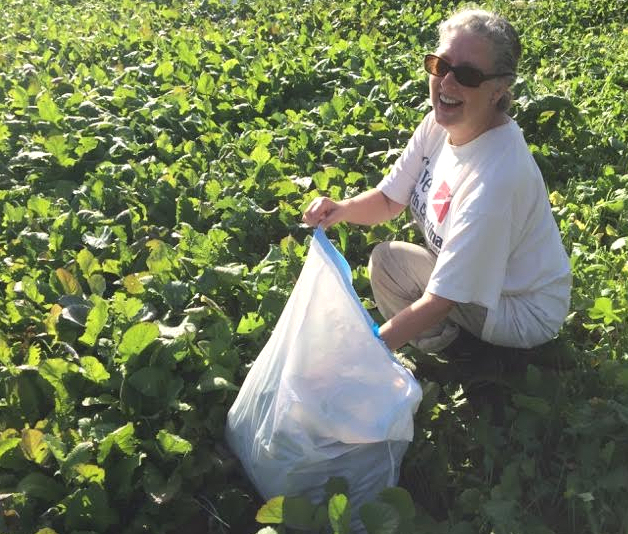 and he knows when to plant and how to prepare the field. And I couldn’t get those greens gleaned without the cheerful help of school groups and gleaners from all over the area. Earlier in the week, a group from an area middle school had joined us and picked a couple thousand pounds of greens. The Saturday I was out, thirty gleaners gathered more than 4,000 pounds that went to four counties. It took a lot of hands and a lot of caring to bring God’s Kingdom to fruition: planting, harvesting, loading, and delivering.

Each day we glean, we see a slice of the Kingdom of God. God is in the sunshine and the soil, the skill of the farmer, the dedication of the volunteer, and the joy of the recipients. That community is the kingdom on earth, and on that particular Saturday, it felt, to me, like a little slice of heaven!