Too Ripe for Stores, Just Right to Eat 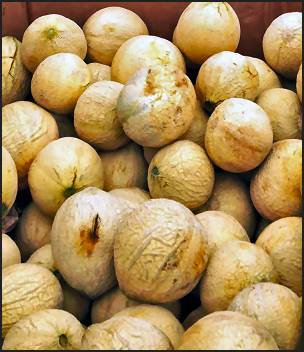 A grocery store rejected these cantaloupes, so the truck driver found himself with a BIG problem! He had another load to pick up across town in two hours, and his truck was full — with 42,000 pounds of beautiful cantaloupes the grocery manager just said were too ripe to sell.

The truck driver phoned his dispatcher, and the dispatcher called the Society of St. Andrew (SoSA). Could we find somewhere to re-route the truck driver, so he could offload the cantaloupes and still meet his schedule? 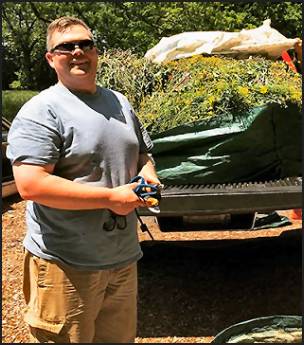 Charlie Overton, SoSA’s Tennessee Program Coordinator, hung up the phone and went to work. Within a few minutes, he identified and contacted a partner agency less than ten miles from the truck driver. The agency had a loading dock, a forklift, and room to store 42 bins of cantaloupes temporarily. One phone call to the agency got the okay, and another phone call back to the dispatcher got the truck driver on his way.

That second phone call — the one to the dispatcher — revealed that a second load of cantaloupes had been rejected nearby, for the same reason! The cantaloupes simply didn’t have enough shelf life for the grocery store chain to stock them. One more phone call, and the second truck driver headed to Feed America First in Murfreesboro, which worked with Joseph’s Storehouse to get them all distributed.

Within the hour, BOTH truck drivers had empty trailers. They drove on to their next pick ups and kept their schedules. The truck drivers logged their miles and the trucking company didn’t miss its jobs.

Joseph’s Storehouse in Lebanon, Tennessee now had 84,000 pounds of nutritious cantaloupes to share with hungry people throughout Middle Tennessee — an unexpected blessing!

Their director made a few phone calls, and soon soup kitchens, shelters, and food pantries throughout the area arrived to pick up cantaloupes. Some agencies could use only a few cantaloupes, and others could quickly share thousands of pounds of cantaloupes.

But by mid-afternoon, all the cantaloupes were parceled out to direct-service agencies that would either give them directly to hungry families or serve them to hungry guests at a meal within the next few days.

That’s about a quarter-million servings of highly nutritious food kept out of a landfill and shared with our hungry neighbors simply because the Society of St. Andrew was there to connect the trucking company with a nearby feeding agency/nonprofit food warehouse.

So here’s how this played out earlier in September 2015:

• The farmer who grew the cantaloupes received a receipt of charitable donation for his taxes for the 84,000 pounds of cantaloupes. His rejected loads actually provided some return for him—at least enough to cover the transportation costs. If the loads had gone to a landfill, the farmer would have received nothing.

• The truck drivers made their schedule and all their loads were delivered on time. They received their full pay for all the miles they’d been promised.

• The trucking company hauled every load it was contracted for; its customers were happy, and there was no disruption to business.

• 84,000 pounds of food stayed out of a landfill. Lower methane emissions (because the food wasn’t left there to rot) made the environment healthier.

• Dozens of Middle Tennessee nonprofit feeding agencies (soup kitchens, shelters, and food pantries) received highly nutritious food to share with their clients at no charge to agencies or clients.

• Food received at no charge freed up their agency budgets for other critical needs, whether that was purchasing meat, dairy, or eggs for client meals or providing more bus tokens for job seekers or low-income workers.

• Hungry children, young people, men, women, and seniors throughout Middle Tennessee had a quarter-million servings of highly nutritious and very tasty fruit in their diets over the next several days.

Every one of these amazing impacts happened because of donors like YOU. When you give to the Society of St. Andrew, you set miracles like this into motion. Thank you!