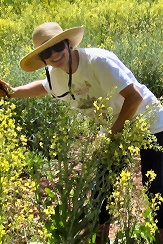 Jean Blish Siers grew up on a small family farm in extreme northwestern Minnesota, where her family raised a little bit of everything: sheep, cattle, chickens, wheat, oats, alfalfa, and millet – as well as huge gardens that fed the family and were shared with neighbors. After graduating from the University of Minnesota, she and her husband moved to Charlotte in the late 1980s. While her son was growing up, she did freelance writing and editing, but also a lot of volunteer work at her church and son’s schools. In both places she saw the widespread need in a seemingly prosperous community, and also the difference that a few hands and a lot of love can make in people’s lives.

While her son was in college, she worked in the private sector, but felt the tug to come back to a job where, at the end of the day, she felt she had made a positive impact in lives in her community. Since late August 2012, Jean has been the coordinator for SoSA for the Charlotte area.

Each day that she works for SoSA, she is amazed at the commitment of volunteers and growers. When she calls, people help. Individuals and groups call each week, hoping to get into a field. She has stood sweating in a field, and when gleaners are told they’re done for the day after picking thousands of pounds of corn or sweet potatoes, they say, “Why do we have to quit now?”

Some farmers plant fields just for the gleaners. “I’ve been given a lot with this land and have raised my family here,” one grower told her. “I believe I’m called to give back.”   Other farmers share from their bounty, when plowing it under might be easier and quicker for them.

Each week, she experiences at least one moment of grace, in the face of a recipient who shares her collard recipe, or in the voice of a farmer, delighted to be able to share. When her drivers describe where they take produce, whether it’s a neighborhood, a church soup kitchen, a senior meal site, or a refugee center, she hears the same thing: “They were so happy to get the produce. They feed a lot of people!”

Each day when she signs onto her computer, she remembers that. Folks are so happy to get that produce, and there are so many people to feed. 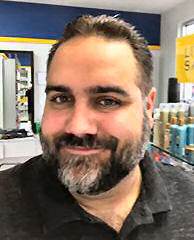 Ryan Bradshaw is a business instructor at Wayne Community College and works as the Northeast NC area gleaning coordinator with the Society of St. Andrew. He holds a BS in business administration and a BS in criminal justice from the University of Mount Olive, an MBA in marketing from the University of Phoenix, and a doctorate in education from Liberty University. He lives is eastern North Carolina with his wife, two daughters, and son.

Tricia Lounsberry grew up in Fayetteville, North Carolina watching her father gather leftover produce for the hungry. He would

park his truck next to harvested potato fields, glean forgotten spuds, and distribute them to folks in need. Tricia’s mom had a servant’s heart too. She was on crutches for the last ten years of her life, but she never stopped driving shut-ins to the beauty shop to brighten up their days. This attitude toward service was contagious.

Tricia was living in Tarboro in 1999 when Hurricane Floyd hit North Carolina. Immediately she got involved in the relief efforts, and has not stopped serving the poor since. When she moved back to Fayetteville in 2004, she signed on with Society of St. Andrew to glean for hunger relief. She quickly connected with gleaners from a broad range of churches, crossing racial, ethnic, and class lines.

Gleaning in Fayetteville spreads by word of mouth. Tricia calls farmers, calls her gleaners, and God’s work gets done. Nowadays she delivers potatoes to some of the same places her father did all those years ago. Thirteen years in, it’s hard to imagine the Fayetteville region without Tricia Lounsberry at the helm! 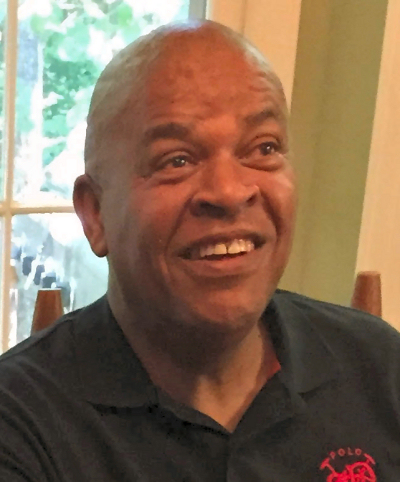 Triad-area coordinator Paul Thombs was born in Kings Mountain, NC, one of eleven children. His father was a Methodist minister. Paul did his undergraduate studies at Winston Salem State University, and is a retired Disability Specialist for Wake Forest Baptist Medical Center. He’s also a bi-vocational Pastor/Founder of Nehemiah Worship Center of Winston Salem. He and his wife, Virginia, have an adult daughter who is married with two sons, William and Daniel.

Volunteerism and giving back to his community is important to Paul. He is past president of Big Brother Big Sister Volunteer Association, past member of the Board of the Forsyth Jail and Prison Ministry, past member of the board of directors of the Society of Saint of Andrew, and a recipient of the WXII Piedmont Triad Volunteer Award.

Paul has been an active volunteer with Society of St. Andrew for many years, and in retirement, has signed on to coordinate gleanings in the Triad! One of Paul’s greatest joys is rescuing food and ensuring it gets to those who are in need. And it has been especially rewarding working with a group of committed volunteers averaging 75+ years of age! 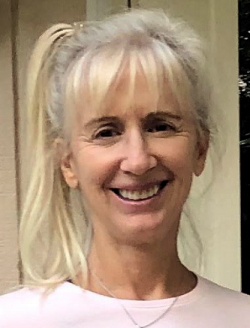 Kat Salyers joined Society of St. Andrew as our Triangle Area gleaning coordinator in October 2020. Born in California, Kat grew up in Texas but calls North Carolina home after living in Cary for more than 25 years. She is retiring from her 22-year career with the Durham Police Department as an IT Project Manager and looking forward to spending more time connecting with those in the community in need of a helping hand. She has a long history of volunteering through her work with the City and outreach with her church.  Particularly near to her heart is volunteering with the Episcopal Farm Worker Ministry in Dunn; mission trips with the Appalachian Service Project in the mountains; and driving for Meals on Wheels in Durham to meet ‘n greet those that are housebound and in need of a good, hot meal.

Kat signed up to volunteer with the Society of St. Andrew after learning about food waste and gleaning in a documentary film. She quickly realized SoSA was the place for her, and eager for more involvement, applied for the Triangle Area Gleaning Coordinator position. Kat especially enjoys working with the generous farmers and the volunteers who so freely give their time to bring fresh food from the farms of North Carolina to the tables of those who need it most. Kat considers it a privilege to work with these extraordinary people and such an exceptional organization. 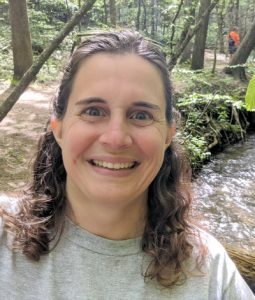 Whitney Hodges joined Society of St. Andrew in February 2021 as area coordinator for Upstate South Carolina. She and her husband, both Upstate natives who met at Furman University, now live in Greenville with their three children. Whitney received a Master of Divinity degree from Wake Forest University Divinity School and currently serves as a patient advocate with PRISMA Health and as an on-call chaplain for Pelham Medical Center. Previously, she worked as a restaurant manager and also enjoyed time spent volunteering with a local garden and gleaning with SoSA, especially as these were opportunities where her children could participate with her.

Whitney is excited to combine her passion for serving others and her knowledge of food industry as the coordinator for gleaning in the Upstate of South Carolina. She looks forward to working together with farmers, volunteers, and local agencies. 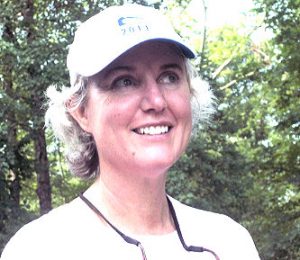 Looking to volunteer and feel more rooted in Western North Carolina, Julie Shea Sutton began gleaning with Society of St. Andrew in summer 2020 and loved it. Hebrews 10:24-25 encapsulated how she felt at the time: “Spur one another on toward love and good deeds, not giving up meeting together…” Julie became SoSA’s Western NC Area Coordinator in 2021.

Born and raised in Raleigh, NC, Julie graduated from NC State University. Feeling like she needed to give back, Julie volunteered with “Meals on Wheels” for many years, served on the Board of Directors of Habitat for Humanity of Wake County, and served on the Raleigh City Council for three terms.

Before “retiring” to the mountains, Julie and her husband Bruce worked for years to develop Pinehurst, NC’s first tax-credit, affordable apartments for low-income seniors. Julie is grateful to the farmers who permit volunteers to glean in their fields, salvage produce at farmers markets, and donate large loads of crops to be shipped to distribution centers across the state. They truly inspire.